Video Games Then and Now: How Visuals Have Evolved

Think back to the first game you ever played. It may have been an Atari, SNES, PS1 or even (for the young’uns) an arcade game on your TV or PC. Either way, think back to the graphics and the visual details…can you remember?

Now think about the most recent game you played – I bet it looks totally different, right? (Unless, of course, you just went all nostalgic on us and played the first Super Mario Bros, in which case you’ve ruined the whole point I was trying to make).

Modern games have advanced both mechanically and in design, and both these advances have led to an era of well refined, highly detailed and absolutely stunning and realistic gameplay.

True, some may argue that today’s games are ‘too easy’ and are lacking the characteristics and story-telling that older games provided, but that is a different argument altogether.

I think we’d all admit that, on the whole, games look crisper, sexier and more realistic, with visual elements equalling those of mechanics, if not becoming more important in some aspects.

Final Fantasy started in 1987, and since then numerous titles have been released until as recently as 2013. 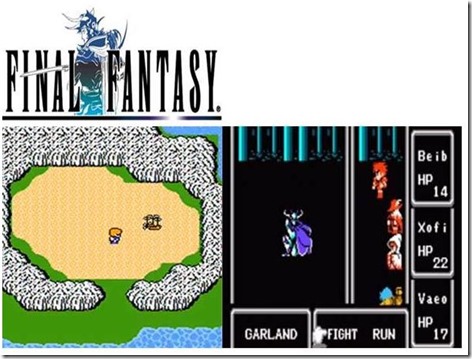 As you can see, the first Final Fantasy was very basic, and in the usual style of NES 2D graphics. 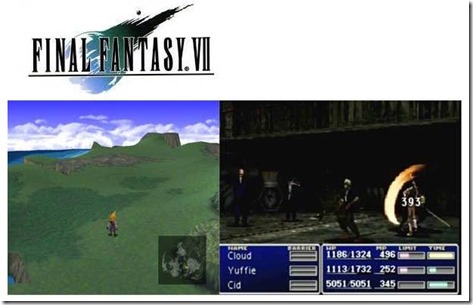 Final Fantasy 7  was released in 1997 on the PlayStation, moving away from 2D graphics to 3D computer graphics instead. Already, the progression is evident, although the human aspects of the characters (like hands) remained unrefined, chunky and basic. 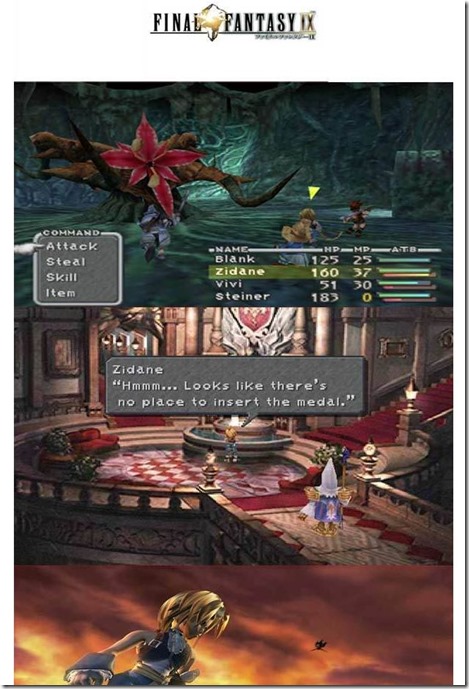 This smoother appearance (and improved game mechanics) brought FF9 characters to life, and was a huge leap from the jagged edges and high polygon count from FF7.

You can see a sneak peak Final Fantasy 15 (not yet released) gameplay in it’s new trailers, and it’s quite obvious how far the graphics in the series has come. Modern technology has allowed new games to look extremely realistic, with exquisite detailed and real-life effects (like wind, rain, shadows etc.).

The Original Ragdoll Blaster had a simple, 2D design. 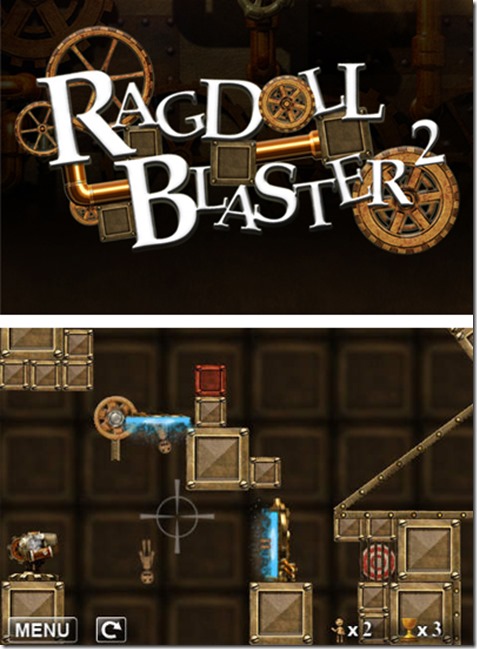 Ragdoll Blaster 2, which was released 2 years later in 2012 (App Store, iTunes), featured a complete design overhaul; with the designers opting for a 'steampunk' look. The move to enhanced graphics allowed them to introduce new elements that the old design would not allow, such as electricity and ice. The game mechanics stayed very much the same, but the new design help attract the eye of more potential gamers in the app store. 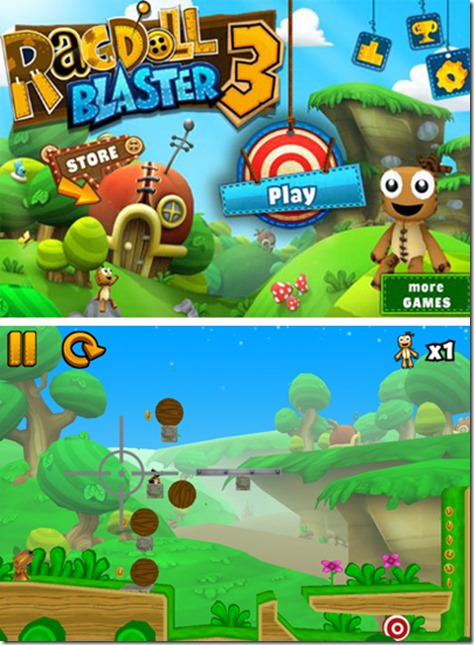 Again, Backflip Studios re-designed when it came to Ragdoll Blaster 3. Notice how they ditched the darker, earthy colours for a bright, cartoony 3D style – it’s the same game mechanically (with some improvements and new elements) but the design has transformed it into a completely new game (visually).

The first Pokémon games released on the Game Boy in the UK (Red and Blue) featured basic, 2D design.

The games were entirely in black and white, and mostly played from an aerial view, except for important interactions and battles. 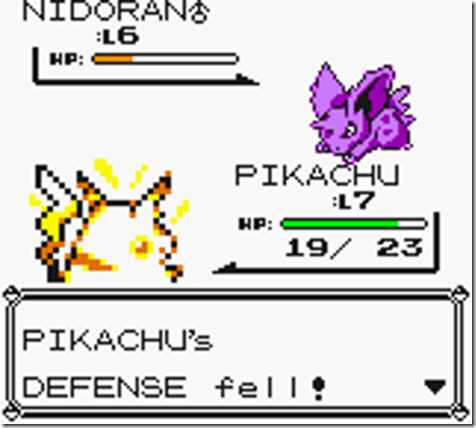 Pokémon Yellow was released in 1998 on the Game Boy Color. Featuring the same design and graphics as the previous games, the only difference was that colour could now be added. 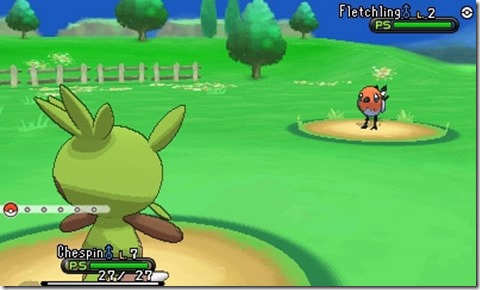 Pokémon’s newest releases, Pokémon X and Y, were released on the Nintendo 3DS, the first hand held console to feature a 3D screen.

Like a 3D TV, the gameplay appears to ‘pop out at you’ –  without the need for 3D glasses! The game itself plays in full digital colour, with different camera angles as well as the traditional aerial view.

Snake is a well-remembered game that featured on the Nokia 3310 handset when it launched in 1999. 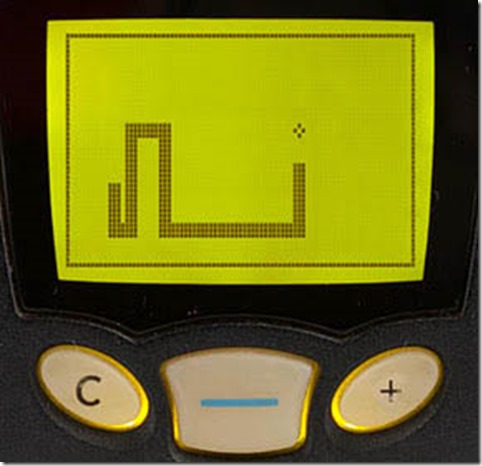 The reason Snake was so successful was because it was so simple, in gameplay and in design. 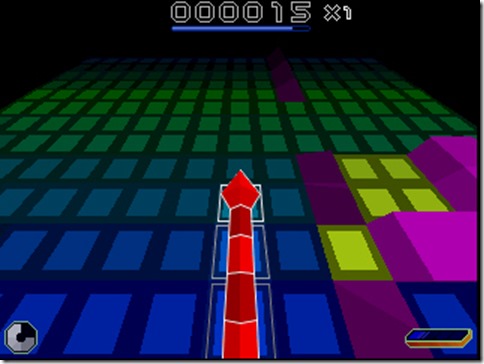 Newer Nokia phones still featured Snake, but it was different. This version came with the Nokia N73 and it was totally transformed. Colourful and 3-Dimensional, Snake was like a totally different experience. It did look pretty though, and despite being all futuristic, kept a ‘retro’ theme within it’s design.

A classic example here, almost everyone refers to the original Lara Croft when talking about visual advancements in gaming. 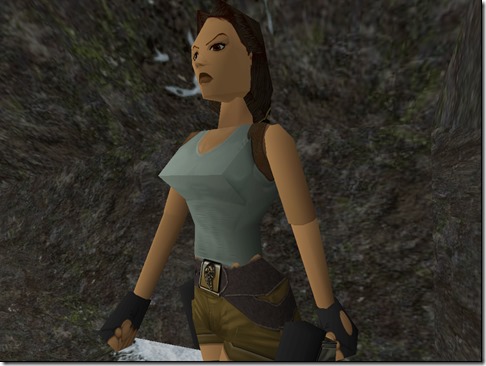 The 2000 Tomb Raider game featured a rather angular Lara Croft… 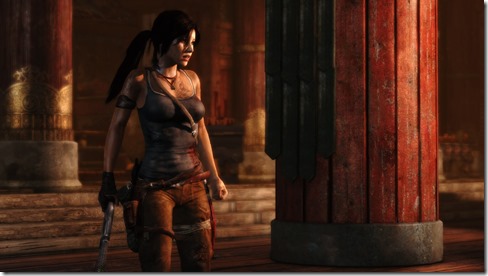 …However, the latest 2013 reboot looks like it could be a movie.

The evolution of technology has allowed designers and developers to be more creative and realistic with their games, and we’re only going to see more of these ‘cinematic’ video games released in the future.

The next step, already in development, is virtual reality gaming. The recent purchase of Oculus VR by Facebook has again brought this real possibility back into the public eye, and gamers everywhere will be waiting for the first good virtual reality experience.

Looking for your own illustrations?

Developing your own game? Aptitude’s Illustration Agency can help bring your gaming needs to life. Give us a follow on Twitter for more posts like this.